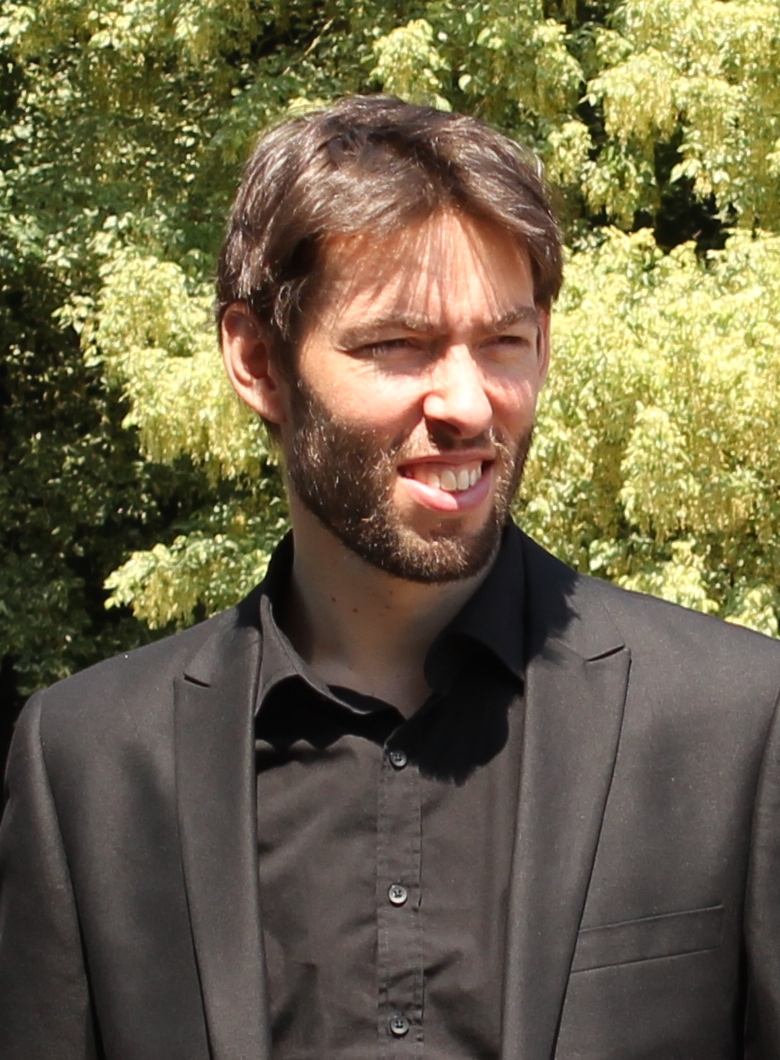 Kerry Jago was born in England and grew up in New Zealand, where he studied composition and history at Victoria University of Wellington. From 2001 to 2006 he studied orchestral conducting with Prof. Eiji Oue at the Hochschule für Musik und Theater Hannover, Germany, where he also received important musical impulses from Prof. Frank Märkel in the course of private studies in music theory.

His musical interests lie particularly with the great composers of the First Viennese School and with the symphonies of the Finnish composer Jean Sibelius. As a former student of composition, he also has a continuing involvement with contemporary music, having conducted many works by contemporary composers, including several world premières.

In 2007, he took up studies in early music singing with Michael Chance and Maria Acda at the Royal Conservatory in The Hague, which he completed in 2011. This led to a fascination with early music which he has pursued ever since.

He has performed as both a soloist and choir member with ensembles such as the Kammerchor Stuttgart, the Kölner Kammerchor and the Vocalensemble Rastatt. He has participated in masterclasses for choral conducting with Harald Jers, Stefan Parkman, Fritz ter Wey and Jan Schumacher.

Dorothea Jakob studied singing with Prof. Isle Hahn at the Hochschule "Carl Maria von Weber" Dresden, specialising in Lied interpretation with Olaf Bär. During this time, she also began minor studies in conducting with Prof. Hans-Christoph Rademann, which she subsequently continued as a major subject with Jos van Veldhoven at the Royal Conservatory in The Hague. She has sung with a range of professional choirs and ensembles, including the Nederlands Kamerkoor, the Netherlands Radio Choir, the Huelgas Ensemble, the Schola Heidelberg, the Kammerchor Stuttgart, Chorwerk Ruhr and the Dresdner Kammerchor. She has performed regularly since 2004 as a Lied singer with various duo partners in Germany, Belgium and the Netherlands, and has sung the solo soprano of numerous oratorios by Bach, Händel, Mendelssohn, Fauré, Saint-Saens, Rossini etc. She now conducts the church choirs of St. Cäcilia Bornheim-Dersdorf and St. Georg Neunkirchen-Seelscheid, and is currently completing her masters degree in choral conducting with Prof. Anders Eby at the Robert-Schumann-Hochschule Düsseldorf.
by Horst Helmut Schmeck
Susanne Herre, was born in Erfurt (Germany). Her first instrument was the mandolin which she started at the age of eight and later studied at the conservatory of music in Cologne. Several prizes were awarded to her in national and international competitions and she had the opportunity to participate in tours of the European Union Youth Orchestra and to experience the Lucerne Festival Academy under the direction of Pierre Boulez among other things. During her mandolin studies Susanne became more and more interested in historically informed performance practice and started to learn the viola da gamba and the lute with Rainer Zipperling and Konrad Junghänel at the conservatory of music Cologne. One year of studies in Villeurbanne/Lyon (France) with Emmanuelle Guigues (viola da gamba) followed before she came to The Hague for master studies with Mieneke van der Velden, Philippe Pierlot, Mike Fentross and Joachim Held at the Koninklijk Conservatorium. Susanne is regularly asked to perform with ensembles and choirs and appeared on several festivals. Her interest for research on historical mandolins led to a lecture and the publication of an article for the Lute Society (Britain).